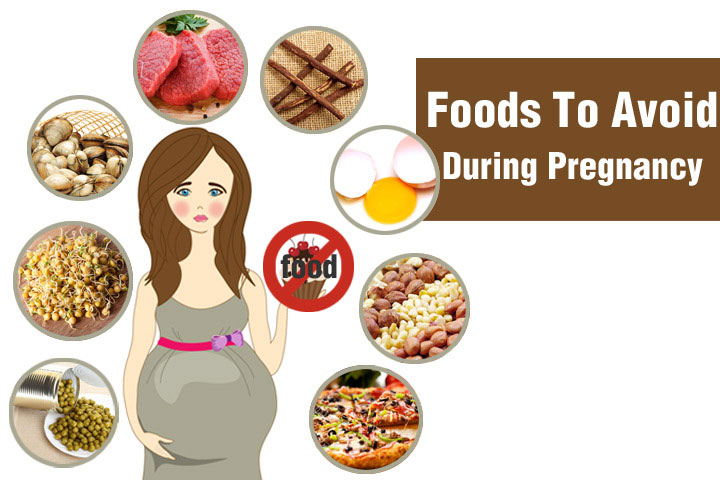 There are foods to avoid during pregnancy and foods to be careful of.  Basically, all food intake by pregnant moms should be thoroughly cooked.

Reason being: may contain Listeria, bacteria that cause mild flu-like symptoms in most adults but can be very dangerous for unborn babies. Listeriosis, the infection caused by the bacteria, can cause miscarriage, premature birth, or severe illness or death of a newborn.

Reason being: may contains high levels of mercury and this can have a damaging effect on the baby’s developing nervous system

Reason being: May contain bacteria such as Listeria, or Salmonella.  To avoid the risk of salmonella, which causes a type of severe food poisoning, raw or partially cooked eggs or foods containing these should be avoided. This includes Caesar dressing, mayonnaise, homemade ice cream, and Hollandaise sauce. Eat eggs only if they are cooked until both the white and the yolk are solid. Generally, mayonnaise, ice cream and salad dressings sold in shops will have been made with pasteurised egg, which is safe to eat.

Reason being: raw shellfish can sometimes contain harmful bacteria and viruses that cause food poisoning.

Reason being:  Pregnant women, and women who are trying to conceive, are advised not to consume alcoholic beverages. High intake of alcohol is associated with low birth weight and birth defects. Doctors recommend to stop drinking during this period. Caffeine is found in a range of food, such as coffee, tea and chocolate. The amount of caffeine intake each day should be restricted because high levels of caffeine can result in babies having a low birth weight, or it may even lead to a miscarriage. Caffeine also affects the way the body absorbs iron, which is very important for baby’s development.

Reason being: Although many establishments have strict guidelines on food temperatures within their food warmer or fridge for keeping the ingredients fresh, sometimes slip-ups happen when there is a malfunction of equipment or poor handling of the food.

You want what’s best for your baby. Start with the basics in pregnancy nutrition. Understanding what foods to avoid during pregnancy can help you make the healthiest choices for you and your baby.