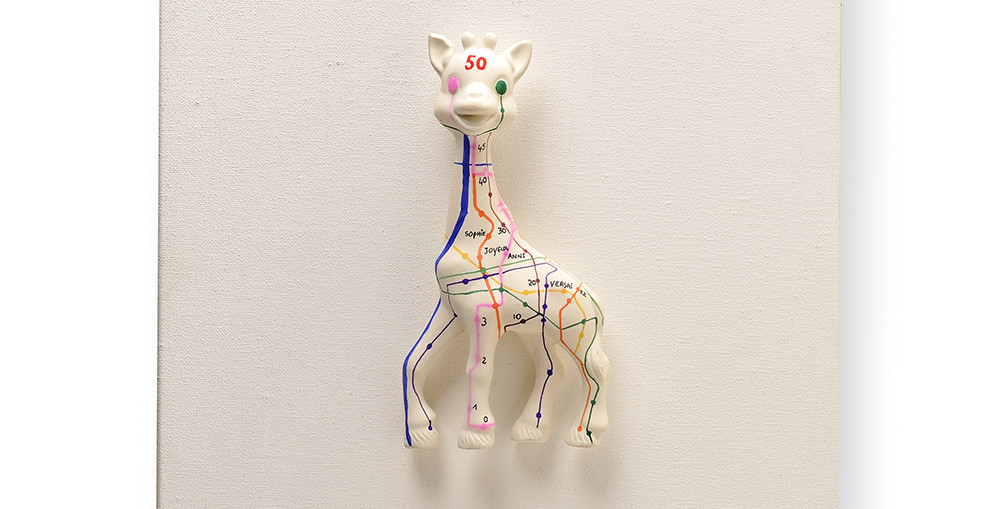 Sophie la girafe is the world’s favourite baby teether and it has been entertaining teething babies since 1961. Babies love it as it stimulates all their 5 senses, while parents love it because it’s safe, natural and made in France. Having done extensive research, a lot of parents know a lot about Sophie, but here are some surprising facts about Sophie la girafe that you may not have found out.

Sophie was “born” in Asnieres sur Oise, a small town north of Paris in France, in 1961. She was created by Monsieur Rampeau, who was an expert in transforming the sap from the Hevea tree using the rotational moulding of rubber as a toy-making concept. He came up with the idea of designing a giraffe, as such an exotic wildlife figure would be a first on the market. Its size and shape would be ideal for a baby’s small hands to grasp.

Sophie la girafe is still traditionally made today in a town in France called Rumilly . This is a small commune in the south-east of France, near Annecy and Geneva. The locality is beautiful, tranquil and picturesque. Annecy is the capital of the Haute-Savoie region, and is a very popular holiday region for French during summer holidays. There are 14 manual steps to make a Sophie la girafe, starting from making of the mould, to packing Sophie into her gift box. Here are some pictures of our visit to the Sophie la girafe factory.

It takes up to 4 months to make Sophie la girafe

Sophie la girafe needs to be left to dry out, so as to ensure there are no further changes to the natural rubber. This is a long process, and can take up to 4 months, depending on the time of the year and the humidity levels. Up to half a million Sophies may be put into the controlled environment for drying out. After Sophie is sufficiently dried, the process of decorating Sophie can begin. 4 years ago, Sophie la girafe celebrated her 50th birthday with a charity auction of 73 art pieces made with blank Sophie la girafes, imagined by designers, artistes, as well as arts students. In total, Vulli raised €83,000 for cancer research in France. Here are some of the pieces we love. John Pang
As a father of two beautiful kids - Max and Jac, I want to share the love, jitters, concerns and joy that they have brought the Mrs and me over the past years. It's a blessing to have Shasha, our lovely domestic helper, who is helping us to keep the house in human order with the two cute monsters at home. Join me in my experiences and daily life as a parent. PS: Having a child is a big decision, there isn't any 30 days return policy 😄
http://Wonderma.sg

One thought on “Five Interesting Facts About Sophie La Girafe”