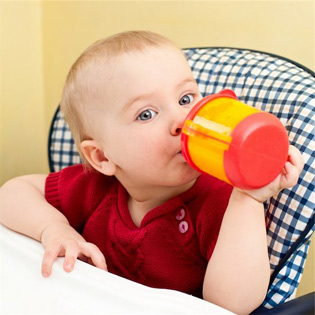 I stumbled upon this very alarming blog of a mom who got skeptical and worried about her toddlers condition that I believed worthy to be shared. She mentioned that her toddler was sick for weeks and having stomach aches. Puzzled for weeks and curiosity kicked in, she noticed unpleasant smell from the outside of Tommee Tippee sippy cup. She finally found the reason behind it. She broke the valve using a knife and found the filthy mould inside that anti-leak feature that causes all the discomfort of her toddler. The toddler’s father can’t believed that it was the mould that his toddler was drinking for so long.

Sad to say, there are also other brands that are causing such problem to kids. It is said that Sistema have the same issue. Many parents share the same culprit on the internet with photos, too.

“The internal components have been hoarding bacteria. We were horrified and heartbroken that out little girl had been using this bottle in this state,” says a parent named Craig Beresford.

“Although we have been absolutely meticulous cleaning the bottle and cap every day, including dispersible sterilizing tablets, the cap has been making our 7 year old daughter feel poorly. We haven’t been able to work out why she has had an upset stomach, and occasional runs for what seems around four weeks, until I figured it might be the Sistema bottle. It’s the only constant item she has had contact with the whole time.”

Moluld can cause illness with or without allergic reactions in our body. It can cause eye irritation, headache, skin irritation, cough, diarrhea, vomiting and worst, an infection. This is an important reminder for all mommies out there. Let’s keep all mommies informed to avoid such distressful situation with our loved ones.

So what can we do about to prevent this? I think it’s better to set limits on using it like for every 3 months. Milk bottles and nipples are actually suggested to be replaced every three months as moulds, dust and soap can be accumulated even with daily proper washing and sterilizing. If 3 months replacement isn’t a good option, then settling on a simple cup will work a lot better.