Skip to content
You are here
Home > Thoughts > How Do You Deal With Picky Eaters At Home? 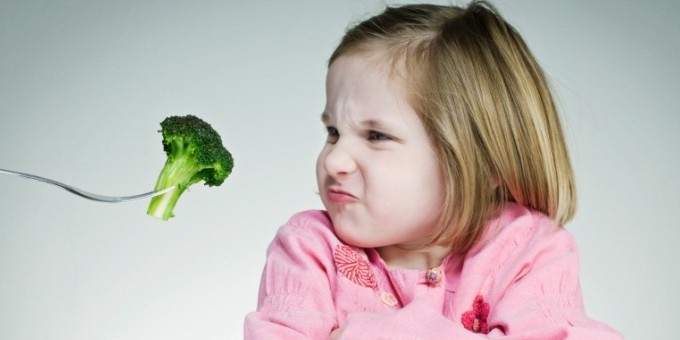 My three-year-old daughter is a picky eater and I’ve known that ever since she was one-year-old. From 6 months onwards, I started feeding her solid food such as rice with broth and she usually finishes the portion given. When she was 1, she started to voice out her opinionsand frequently says “no” to food served to her during our meal times. And I thought it’s a sign of parental lapse on my part. And it’s really frustrating, up until now.

To most mothers, toddlers are naturally picky eaters and there’s nothing surprising aboutit. There are developmental reasons why kids behave this way between one to threeyears old. Toddlers are in the growing stage and in my own perspective, positive snacking through the day is the best way to deal with them. And bringing the right kind of snacks and food onthe table is myjob.

Here’s an interesting video of Chef Curtis Stone’s advice to parents of picky eaters.Here’s the quote from the video:

“Let them go hungry.” He says if kids won’t eat what’s put in front of them, put it in the fridge and serve it again for the next meal. Is he right? #sun7

Chef Curtis Stone has some advice to parents of children who are picky eaters. He says let them go hungry. Stone says if kids won't eat what's put in front of them, put it in the fridge and serve it again for the next meal. Is he right? #sun7

So what do you think about the video? Do you agree?

In my humble opinion, it is essential to serve the right kind of food for them and get creative on preparing the food for them. Look for fun food ideas on the internet. If your toddler can’t wait for meal times and shows his/her excitement looking at the food served to them, you’re on the right track! Toddlers won’t understand the food is healthy! They are only attracted by appearance. Just like us adults.

So mommies, what do you think? You can share your thoughts and fun ideas below!